The five basic elements that make up the three doshas are Ether, Air, Fire, Water, and Earth:

Air – The gaseous state of matter, whose characteristic attribute is mobility or dynamism.

Fire – The power that can convert a substance from solid to liquid to gas or vice versa, increasing or decreasing the substance’s relative order. Transformation is the characteristic attribute of fire.

Water – The liquid state of matter, whose characteristic attribute is flux.

Earth – The solid state of matter, whose characteristic attribute is stability, fixity, or rigidity.

The five elements manifest in the human body as three basic principles known as doshas. Each dosha is a combination of two elements, one of which predominates over the other. Vata, Pitta, and Kapha govern all of the physical and psychological functions of the body, mind and consciousness.

Vata – The bodily air principle, manifested from Ether and Air elements. Vata controls all body movement and is mainly concerned with the nervous system. Vata moves around the tissues and wastes of the body.

Pitta – The fire principle, manifested from Fire and Water elements. Pitta controls the body’s balance of kinetic and potential energies. Pitta’s processes involved digestion and the enzymatic and endocrine systems.

Kapha – The water principle, manifested from Earth and Water elements. Kapha controls body stability and lubrication, as well as the tissues and wastes of the body, which Vata moves around. 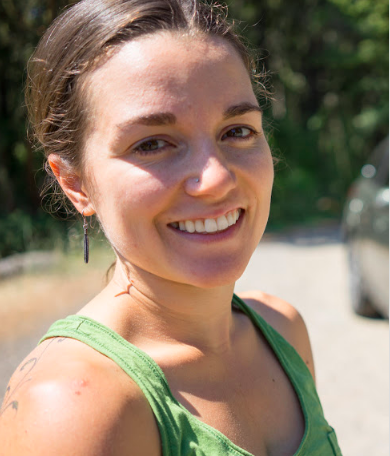 Hello and welcome to Ayurveda Daily! I'm Ellen - an outdoor enthusiast pursuing optimal health in the beautiful Pacific Northwest. I write about Ayurveda and ways to use Ayurvedic principles to heal illness, optimize health, and radiate well-being. I'm so glad you're here!

ShareAyurveda
Affiliate Links: Some of the links on this page may be affiliate links. The prices and products are exactly the same to you, and I get a small commission for any purchases you make. This helps me to support my blogging endeavors and bring you all of the Ayurvedic insight I can. Thank you for participating!